What Damages are Allowed in a Wrongful Death Case? 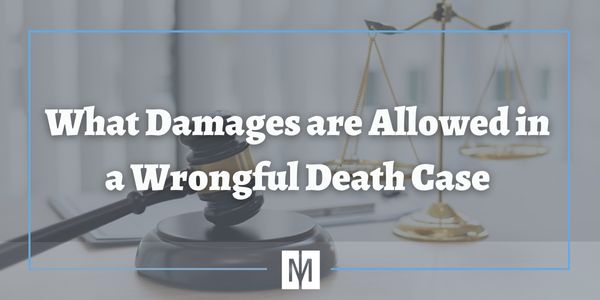 Folks in Kansas City straddle both Missouri and Kansas.  So, it is not uncommon for people to be victimized by negligent acts that must take into consideration whether Kansas or Missouri law applies.  When someone is killed as a result of the intentional or negligent acts of someone, either a Missouri or Kansas statute will govern how the case is conducted and proven.

Both states recognize the recovery of economic losses for income, medical expenses, funeral expenses and what are called “loss of services”, which recognizes the economic value that the decedent contributed to the household, such as cooking, handy-man repairs, cleaning, lawn work, and the like.

Only Kansas limits the recovery of a family member for the death of a loved one.  In Kansas, “non-economic” losses are limited or capped at $250,000.  There is, however, unlimited potential to recovery economic losses, including the easily defined ones noted above.  In addition to the likes of lost income, Kansas through case law recognizes several elements of damage that are more difficult to quantify, such as loss of parental guidance for the loss of a parent or protection.  While an economist may help establish how these elements have economic impact, the value of these economic losses is left largely to the collective judgment of the jury.

Non-economic losses are similarly defined in both states, although in Missouri, grief and bereavement are not recoverable damages.  In Missouri, proper consideration is given to the loss of consortium, companionship, comfort, guidance, and counsel.  In Kansas, damages for mental anguish and bereavement are allowed.  Although some of the following are capable of consideration as economic losses in Kansas, the Kansas statute recognizes all of the following as proper damages:

(4) loss of filial care or attention;

Both states also recognize the ability to file a lawsuit for what are called “survivors damages.”  These are the damages suffered by the decedent between the onset of injury and death, such as if the decedent survived for days or weeks before passing.  Even a few moments of “conscious pain and suffering” can be the subject of a survivors claim.  In cases when a person expires before ever regaining consciousness, anecdotal evidence of whether the decedent responded to voice commands or made gestures even though his/her eyes remained closed.

In Missouri, the process is easier, because the wrongful death statute allows family members to claim the survivors’ damages within the same lawsuit.  In Kansas, however, a separate claim must be made by the survivor’s estate to recover such damages.  A limited estate naming a representative of the estate must be opened.  That representative will make the claims for the survivor, and if there is a successful recovery, the judgment will be distributed in accordance with intestate succession.  Intestate succession is how the assets of a decedent are passed to heirs in the event the decedent passes without a will.

What to Do in Wrongful Death Cases

If someone in your family has passed away and you are attempting to file a wrongful death lawsuit, it is wise to seek the services of a personal injury attorney.  Wrongful death lawsuits and the accompanying damages are not like most other personal injury lawsuits.  There are unique damages and only certain people are allowed to even pursue such a lawsuit.  An attorney with specific experience in this unique type of case will be able to review the case and determine whether the accident warrants recoverable losses. They can also provide aggressive representation for the injured party to ensure their family receives the justice deserved.