Why Can’t We Stop Gun Violence? 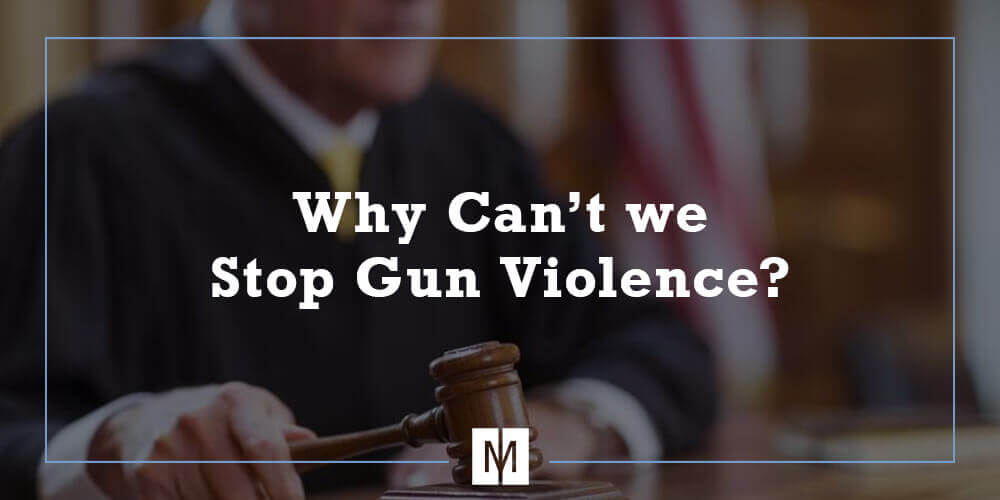 The debate over gun regulation is one that is likely to continue for months or years to come. With every mass shooting, especially like recent events in Florida that resulted in the death of 17 school children and adults at Marjory Stoneman Douglas High School, the question of gun regulation surfaces. Should regulations limit assault-style weapons, such as the AR-15 used in Florida, or large-capacity magazines?

Statistically, nearly 60% of Americans support stricter laws for the sale of firearms. So, why do officials refuse to even engage in political debate over this issue?

The answer may lie, in part, with the history of large contributions made by firearms manufacturers to organizations like the National Rifle Association (“NRA”), and the corresponding money the NRA then contributes to political campaigns. In the article, Blood Money II, How Gun Industry Dollars Fund the NRA, the Violence Policy Center details the long history of money funneled by firearms manufacturers into the NRA. The figures are staggering. It takes little analysis to conclude that big dollars “trump” the wishes of the public. Follow the money. Elected officials are more concerned about funding their campaigns than they are about meeting the expectations and wishes of the electorate. Charts accompanying the article detail 2013 contributions from firearms manufacturers to the NRA. For example, in 2013, Midway USA alone contributed somewhere between $5,000,000 to $9,999,999.

To be sure, our politicians are owned by a host of political contributors, on both sides of the political aisle. However, few issues have seized the interest and revulsion of the nation like the unceasing epidemic of gun violence. The U.S. is home to far more gun deaths than any developed nation on the globe. According to The American Journal of Medicine, the United States’ gun-related murder rate is 25 times higher than the next 22 other high-income nations. Yet, gun advocates, especially the heavily funded NRA, oppose even study into the bases for gun violence.

Since 1996, the Centers for Disease Control (“CDC”) has been prohibited from studying the causes and potential solutions to gun violence. Under pressure from the NRA, Congress threatened to strip funding from the CDC unless it stopped funding research into firearm injuries and deaths.

Gun Manufactures Have to Help If Gun Violence Is To Decline

In short, no one can create solutions for the problem of gun violence, whether or not new gun regulations are part of the solution, until the heavily funded NRA ceases its pressure on politicians, and a sizeable amount of the money used to fight studies and solutions, comes from the gun manufacturers themselves.