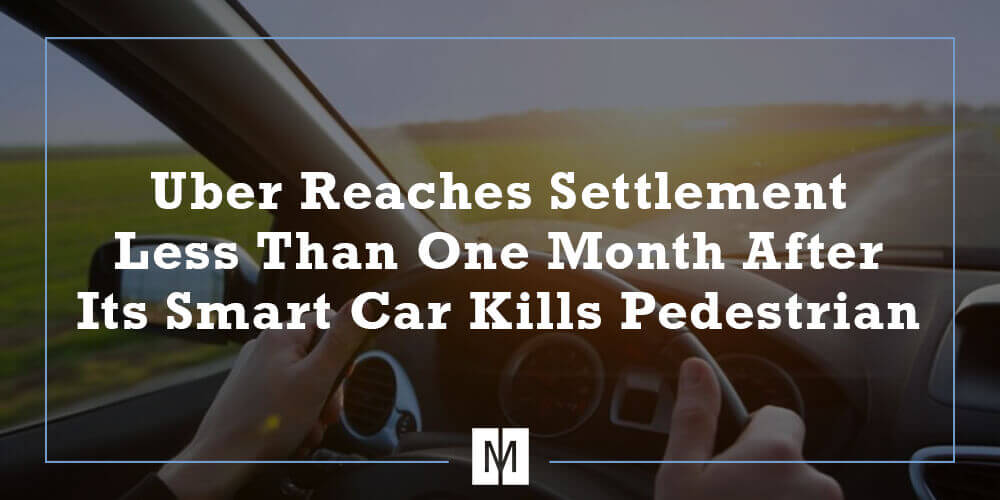 While it appears the terms will remain confidential, the family of a 49-year-old woman who was struck and killed by an Uber self-driving car has agreed to a settlement. For more details on crash itself, see our earlier post. Generally, it is uncommon for a settlement to be reached so quickly in a case involving a death. However, the potential “high-profile” nature of this case as it pertains to Uber and the emerging topic of “smart cars”, likely played a key role.

At this time, it is also unclear whether the settlement agreement leaves open the possibility for the family to pursue additional claims against the designers, manufacturers, and programmers of the smart car. As eluded to in this article from the Washington Post, a lawyer out of Boston who specializes in artificial intelligence and self-driving cars, suggests the family may also have a claim against the city for approving and allowing Uber to test of autonomous vehicles in the area.

If you are involved in an Uber, Lyft, or other “ride-sharing” collision, the first step is choosing the right team of attorneys who have the experience and skill to identify all potential parties and sources of recovery. Monsees & Mayer has you covered.