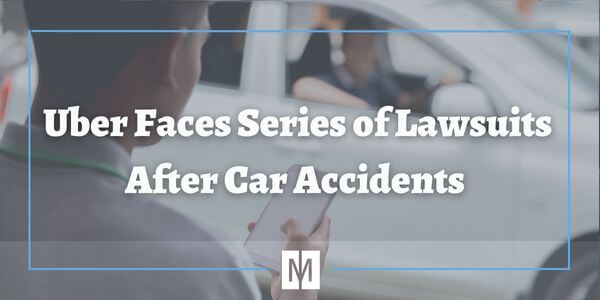 Since its inception, Uber has faced all kinds of controversy. Uber is a ride sharing service that attempts to make transit across the country easier. Users can download the Uber app then, if their city is covered, they can enter their location into the app and have other Uber users pick them up like a taxi service.

For the past seven years, Uber has faced attacks from more traditional transportation options like bus services and taxi drivers. Now, even Uber customers are filing lawsuits against the company.

Dr. Richard Day and his wife, Jean Day, were in town for a medical conference in December when they hailed a ride from an Uber driver. According to a police report the driver, Ingrid Parra, crashed into another car immediately after turning into traffic after leaving the hotel. She was cited for failing to yield to oncoming traffic.

Richard Day broke his leg in the crash while Jean Day suffered injuries to her brain. She has since had to undergo several surgeries.

The Day’s lawsuit is at least the third against a ride-sharing service involved in a crash in the past six months, and each has pointed to drivers paying attention to their smart phones, not the road.