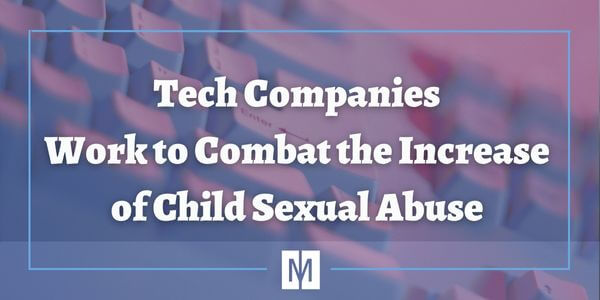 A Lack of Reporting Causes Concern

As states began to feel the weight of the pandemic and initiated stay-at-home orders, reports made to sexual abuse hotlines dropped dramatically nationwide. Calls to the Missouri’s Child Abuse and Neglect Hotline dropped by half.

But, the decrease in calls should not be taken as a decrease in instances of abuse. Those who are most vulnerable now have less exposure to the ones who often report abuse like teachers, doctors, family friends, counselors, and coaches. That, coupled with potentially quarantining with their abuser, is a dangerous combination.

Exploitation Increases During the Pandemic

Abuse is not always coming from someone living inside the home. More screen time creates an increased risk of exposure to abusive online interactions. Many predators are taking advantage of the situation by increasing their efforts of exploitation.

Internet safety expert Aleicia Kozakiewicz elaborates, “Right now children have no other social outlet, and they are experiencing a wide range of emotions. What a predator does is they search for those vulnerabilities, they find them, and then they exploit them.”

Parents are encouraged to supervise their children’s online activity, and educate them on online safety. But, the platforms that these predators use need to take some responsibility in preventing the interactions from happening at all.

In an effort to combat this increase in exploitation, the Technology Coalition announced in early June that they are launching their new project named “Project Protect: A plan to combat online child sexual abuse”. The Technology Coalition formed in 2006 with industry leaders in technology to work together to fight the exploitation of children. This new project is a renewed focusing of efforts to help their original mission.

The internet has seen many new innovations and changes since 2006. A new growth of internet services with high fidelity and live streaming video have changed the landscape of the internet. But, advances in technology also mean predators have new opportunities for abuse and exploitation.

Project Protect aims to be a clear directive that should help combat this growing issue. There are four parts to this new effort, first being a strategic “Five Pillar” plan. The five-step plan focuses on tech innovation, collective action, independent research, knowledge sharing, and transparency.

Next will be establishing a multi-million dollar research and innovation fund, then committing to publishing annual reports on the progress of fighting child abuse, and finally hosting an annual forum for experts on abuse to meet with the industry, governments, and the civil population to generate action.

These focused efforts should help industry leaders in tech with massive resources to work together on real solutions that identify and prevent abuse.

As attorneys, we must understand that technology plays a pivotal role in representing clients, especially those who are victims of sexual abuse. Bringing in experts in data forensics to not leave any stone unturned in a case. Data, media, and overall evidence of abuse can be found in many places online or within the personal technology equipment of an abuser.

As technology grows and changes, predators will continue to find more ways to exploit their victims. Understanding all the avenues and practices of abusers to use tech will help firms be prepared for anything.