Stay Away from Apps When Driving 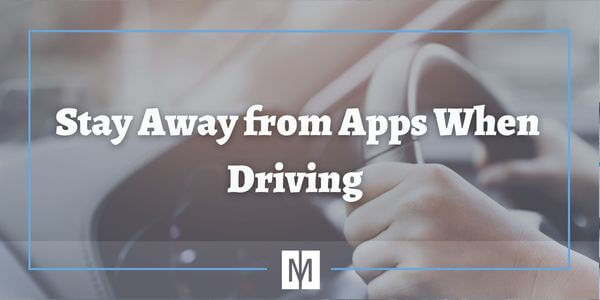 These days, there seems to be a smartphone app for just about everything. Apps create easy access to all sorts of information and entertainment. However, this ease of access does have a downside. One is that it could lead to individuals trying to access information and entertainment when their mind and body should be fully focused on something else, such as when they are behind the wheel.

Doing anything on a cellphone when driving, whether it be making a call, texting or using an app, can distract a driver from driving attentively and safely. The consequences of this can be incredibly severe. Major accidents that leave serious injuries or deaths in their wake can come out of distracted driving. Skilled car accident attorneys can provide compassionate legal representation to individuals whose lives have been impacted by accidents that came out of a driver deciding to use an app or do something else on their cellphone when driving.

Unfortunately, it appears that, at least among teen drivers, app use behind the wheel is very common. In a recent survey of 2,500 U.S. children who were of high school age, a large majority (almost 70 percent) indicated that using smartphone apps is something they do while driving.

Another troubling thing the survey points to is young drivers perhaps underestimating the dangers of using apps, such as social media apps, when at the wheel. When the respondents were asked what the most dangerous/distracting driving activity for drivers of their age group was, only 6 percent answered social media use (a considerably lower percentage than was the case for texting while driving).

What things do you think are key to getting behind-the-wheel app use down among young drivers here in Missouri and in rest of the nation?