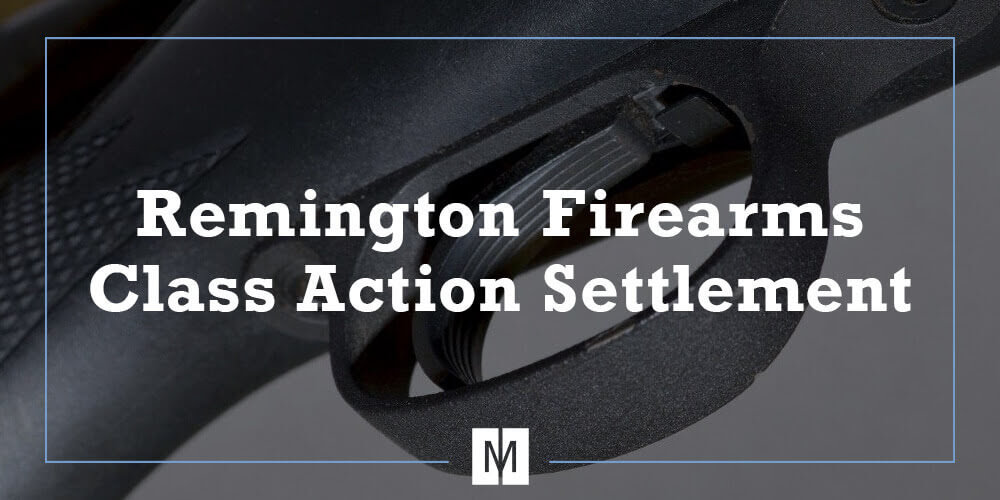 The class action case of Pollard v Remington Arms took place on Tuesday, February 14, 2017, in the U.S. District Court in Kansas City, Missouri. Tim Monsees appeared before the Hon. Ortrie Smith as one of the team attorneys pursing the class action. This hearing was held for approval of a settlement negotiated by all counsel that will, if approved, result in a historic retrofit of Remington bolt-action rifles.

Monsees & Mayer, P.C. has been litigating cases against Remington Arms for decades. Our firm’s efforts began with Richard C. Miller, a former partner of the firm who passed away in 2006. We have litigated dozens of cases against Remington Arms for defects in their bolt-action rifles equipped with the “Walker Fire Control”. This primarily pertains to the Model 700. Other related rifles, including the Model 600, 660, 721, 722, 710 and the 770 also have a history of defects. These rifles have a trigger that is equipped with a free-floating component called a “trigger connector.” Under some circumstances, the trigger connector can be displaced by debris, lubricants, corrosion and other contaminants, and not regain a secure position to prevent the rifle from firing. As such, the rifles have a history of firing when the mechanical safety is shifted from the “safe” to the “fire” position. In addition the rifles may fire when the bolt is cycled or they are subjected to some other jarring motion. Such unintended and unexpected firings can occur without warning and without any indication that the trigger connector is out of positions, as the trigger is completely sealed from view.

Remington has received 1000’s of customer complaints of such misfires. After 70 plus years of such complaints and countless lawsuits, a settlement was negotiated with Remington. This settlement will give the vast majority of such gun owners the chance to have their rifles fixed. Unfortunately, for some rifles, no current fix is available. However, the majority of the rifles manufactured will be retrofitted with a variation of the new fire control mechanism first introduced by Remington in 2006. All rifles will be retrofitted free of charge to the gun owners.

Visit the Remington Trigger Class Action Settlement website for instructions on how to turn in your rifle to be retrofitted. Questions can be directed to Monsees & Mayer, P.C.

Model 700’s will be retrofitted with an updated version of Remington’s X-Mark Pro Trigger, which in itself has been subject to complaints. The initial manufacturing process for the X-Mark Pro provided the potential for excess bonding agent to be applied to the trigger. Remington recognized the issue in 2014 and improved the fire control design and eliminated the problems in the manufacturing process. Today, the X. Mark Pro represents an improved fire control design.

Visit the webpage of the Public Justice Foundation, for documents relating to the history of the rifles and complaints, including Power Point presentations prepared by Monsees & Mayer, P.C.