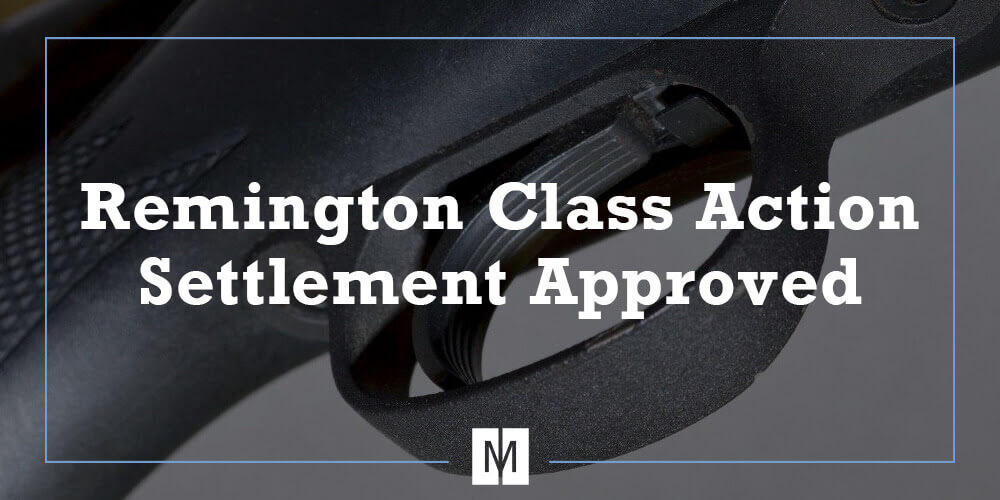 Judge Ortrie Smith, of the United States District Court for the Western District of Missouri, in a historical decision, issued his order approving a class action settlement between gun owners and Remington Arms Company, LLC. Gun owners claimed, in the case of Pollard v Remington Arms Company, LLC , that certain models of Remington bolt action rifles have a tendency to fire without pulling the trigger. This horrific and dangerous condition has been the subject of litigation in a host of personal injury cases for over 30 years. Owners of the affected rifle models, primarily those rifles related to the Model 700, will have the opportunity, free of charge, to have their defective triggers replaced. Tim Monsees, of Monsees & Mayer, P.C., is a member of the team of attorneys who have labored since 2012 to resolve these claims with Remington. Monsees & Mayer has been on the frontline of these lawsuits longer than any law firm in the nation pursing such claims.

What Guns Are Included In The Class Action Settlement?

Other firearms that are within the settlement are the Model Seven, Sportsman 78, 673, 710, 715, 770, 600, 660, 721, 722 and 725 rifles and the XP-100 bolt-action pistol. Not all of these rifles can be fixed, so owners and handlers of such firearms should be aware of the dangerous tendencies of these firearms to fire even in the absence of a pull of the trigger. Rifles can fire when the mechanical safety is shifted from the “safe” to the “fire” position, when the bolt is cycled or when the firearm is jarred. Remington has received thousands of complaints from consumers of dangerous incidents, and the defect has been highlighted on such major news programs as 60 Minutes and a 2010 CNBC program “Remington Under Fire”.

How To Return Your Firearm

Owners and users of these firearms should not assume their rifles are safe simply because no such incident has yet occurred. Such incidents can happen at any time and are completely unpredictable. For information on how to return your firearm so that it can be retrofitted with a safe trigger, check out their website, or call 1-800-876-5940.

Injured By A Remington Rifle

If you or a member of your family has encountered this dangerous situation, please contact the attorneys at Monsees & Mayer, P.C. Our attorneys are the leaders in the pursuit and successful handling of these cases.