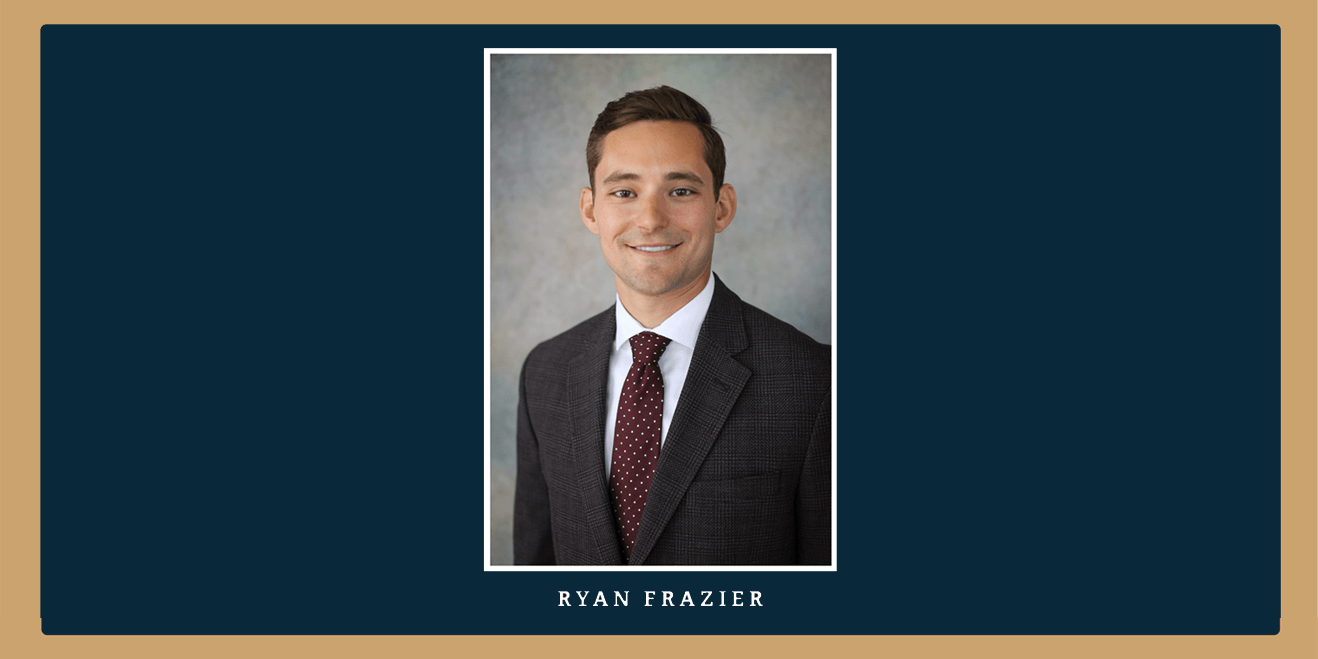 Monsees & Mayer is excited and proud to announce its new shareholder, Ryan Frazier. This is an exciting change that points to the bright future our firm holds.

“Monsees & Mayer was first formed in 1995 as Monsees, Miller & DeFeo.  Richard Miller had worked for Woolsey Fisher in Springfield for 14 years before joining with Tim Monsees to form what is now known as Monsees & Mayer.  To this long tenure in Springfield, Monsees & Mayer has recommitted itself to Springfield with the addition of Ryan Frazier as a new shareholder,” said Senior Shareholder Tim Monsees. “Ryan’s roots with Monsees & Mayer extend to his time as a legal intern with the firm while he attended UMKC School of Law.  The legal skills and raw talent Ryan first exhibited as an intern have developed and expanded into rare legal talent.  When you combine his commitment to the Springfield community and his zeal for the practice of law, you get a rare combination of skills, knowledge and dedication to excellence.”

Ryan began his legal career with Monsees & Mayer as a law clerk while still in law school at the University of Missouri – Kansas City School of Law. He returned to Monsees & Mayer in March of 2020 after working for Neale & Newman L.L.P., a prominent Springfield-based law firm.

Ryan devotes much of his time to passionately fighting for victims of hunting-related accidents, motor vehicle accidents, sexual abuse, and other personal injury matters. He prides himself in representing clients as if they are family members and believes that constant communication with clients is crucial to successful representation.

Managing Shareholder David Mayer on this announcement: “We were excited about Ryan’s potential when he joined our firm just over a year ago and he has exceeded all expectations.  His compassion for our clients and his strong work ethic were key factors in asking him to be a shareholder at Monsees & Mayer.  We are focused on growing our Springfield practice and Ryan is the caliber of lawyer that we were looking for to lead the charge.”