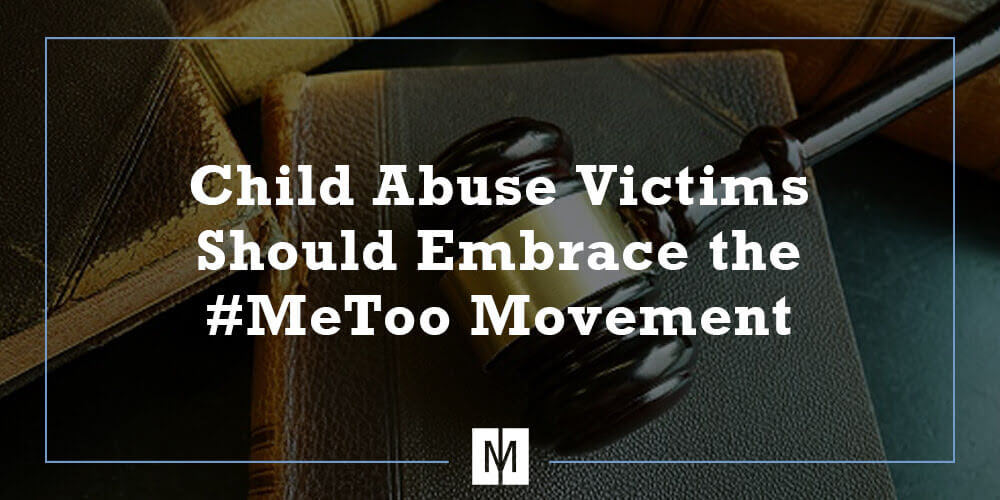 We have all been staggered by the national reaction to the #MeToo movement for women sweeping across the nation. While some contest the validity of many of the claims that have arisen, few would condone sexual predation against any person. However, while women are standing up everywhere to raise awareness about sexual predation, there is another class of victims of sexual predation who, by and large, cannot speak for themselves. Children and the infirm are constant victims of sexual predation and abuse, although few want to talk about the epidemic of abuse that has manifested itself in recent years. Children are taught to respect and honor adults, and physical size and authoritative positions only add to the disadvantage children face when confronted by sexual advances.

Studies indicate that 1 in 5 girls and 1 in 20 boys will fall victim to sexual abuse. The numbers are staggering, yet few stand up for the victims, and little is understood or done to protect helpless children from sexual predators. Moreover, victims of sexual abuse are statistically much more likely to become perpetrators themselves. The crimes are underreported, and frequently the victims are not believed. Perpetrators are often respected and well-known members of the community; youth leaders, ministers, daycare workers, teachers. Compellingly, Victims are often times subjected to multiple episodes and may even be “re-victimized” by other perpetrators.

Why? Perpetrators of sexual abuse and molestation are most often in a position of trust or power relative to the victims. In most instances, the perpetrators are also embraced by parents as trusted leaders and advisors of their children. When a child is taken to Sunday school class, only to later report inappropriate sexual contact, a frequent response by parents and officials is disbelief. Is the child mistaken? Is there a hidden agenda? Is the child simply lying? For many predators there is no advanced notice or incident of sexual predation, but frequently, a perpetrator has shown a history of abuse, and is hired or placed in a position of authority without proper screening or research.

Pursuit of legal relief for the victims faces many hurdles. Due to confusion, embarrassment or total denial, a child may repress such memories, and remain silent for literally years before reporting abuse. Hence, time limits to commence legal action may be strained. Courts have recognized some forgiveness of the time limits when children are victims of sexual abuse, but times are not limitless and are analyzed pursuant to exacting legal standards. Moreover, many insurance policies, even those insuring organizations, have specific limitations or “exclusions” on coverage for sexual abuse.

Monsees & Mayer, P.C. has pursued many cases for such victims. The handling of these cases requires compassion, patience and legal ingenuity. See us for a free consultation, and join us in raising awareness of assaults on children who cannot speak or advocate for themselves.