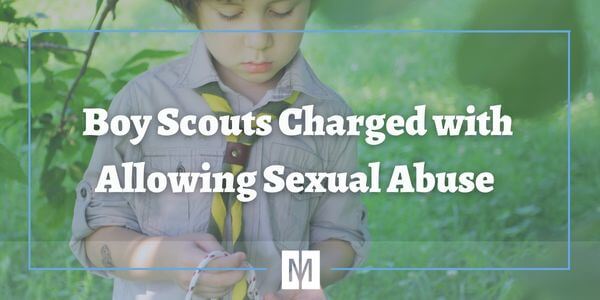 The Boy Scouts of America are recognized across the country as an organization where boys can go to learn useful information about topics like wilderness survival, hunting, and the like. Often, parents will send their children on retreats with scout troop leaders in order for the boys to get first-hand experience with whatever topic they may be learning about.

Parents trust these troop leaders to keep their children safe from harm. When these same troop leaders abuse the boys they are entrusted with it can lead to huge problems.

The mother of a scout in Atlanta found sexually explicit text messages sent from assistant scoutmaster Richard Merrey to her son. When the Boy Scouts were confronted with this information, however, they did nothing about it. Now, seven years later, the former scout is pressing charges against the Boy Scouts for turning a blind eye to the sexual abuse.

“It took a huge part of my life away,” the victim told a local news station. “It didn’t have to happen.”

The lawsuit alleges that the Boy Scouts never did a background check on Merrey and did not make sure guidelines were followed to prevent abuse.

“No child is supposed to be in a tent with another adult,” attorney Bill Atkins said, yet Merrey was left alone in a tent and abused the victim.

Charges were pressed when Merrey was convicted of abusing the victim and six other teens, not all of which were boy scouts. Merrey is currently serving a 52 year prison sentence.